Action Society instructed their legal team to conduct a watching brief on the case of Siphokazi Booi (27) who was brutally murdered last week. Her body was dismembered before being set alight in yet another gender-based violence tragedy in South Africa, this time in Mbekweni, Paarl.

“The accused was out on bail after being charged with assault allegedly beating the deceased to the point where she had to be admitted to hospital in August,” said Ian Cameron of Action Society.

It is reported that when a councilor from the community, Zukiswa Nomana, was informed about the gruesome discovery of a burnt female body in a wheelie bin alongside the Mbekweni railway line in Paarl, her instincts told her it was likely that the remains could be that of Siphokazi Booi ̶ only identifiable from her charred bra. She knew that Siphokazi had abuse issues with her boyfriend and was last seen on Thursday 2 September.

“The matter has been postponed until Monday 13 September, when the accused will be appearing in court for a formal bail application,” said Heinrich Gonzales, head of the legal team appointed by Action Society for the watching brief.

It’s important to take into account that the Minister of Justice and Correctional Services, Ronald Lamola, recently confirmed that 96 875 Schedule 8 (violent crime) offenders have been released on parole since 2016 without submitting a DNA sample.

“There are thousands of these violent criminals walking free on our streets and the South African government is failing GBVF victims like Siphokazi on a daily basis due to their blatant disregard to the plight for justice in our country,” added Cameron.

Action Society will also announce further proceedings pertaining to this case and will take all the necessary steps to ensure that justice is served. The civil rights organisation vow to give a voice to Siphokazi and other victims of GBVF who have been failed miserably by the South African justice system. 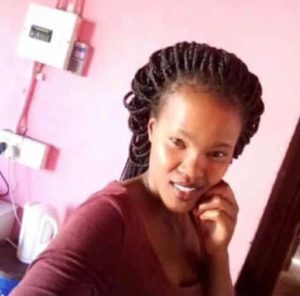 A recent picture of Siphokazi Booi (27) who was brutally murdered, dismembered and then burnt in a wheelie bin . Picture supplied by her family.

How long before Cele sorts out the DNA backlog

Minister of Police Bheki Cele has eventually admitted that the SAPS messed up the management of forensic DNA samples linked to violent crime in South Africa. The big question is – when is he going Read more…

It was emotional scenes of bereaved and angry family members at the Paarl Magistrate’s Court today, as the accused in the brutal murder case of Siphokazi Booi brought a bail application. Members of the community Read more…

Action Society helps to bring some light in Lentegeur

Become a Society Superhero and help us give a voice to the voiceless.

Become an action hero by joining Action Society and help us give a voice to the voiceless.