“In the name of justice for South Africa, the time has come for an independent body of policing experts to appoint the future National Police Commissioner, Divisional Commissioners and Provincial Commissioners of the South African Police Service (SAPS)”, says Ian Cameron, Action Society Spokesperson.

Cameron adds that “it is clear that the current SAPS management, with interference from the ruling party in South Africa, cannot be trusted to appoint competent officials that work to serve the people of the country instead of ANC political ideals”.

Cameron’s statement comes just a few days after National Commissioner, Lieutenant General Khehla Sitole was served with a seven-day notice of suspension unless he can adequately indicate why he should stay in office. The suspension notice came in light of the High Court decision in January which found that Sitole and two of his lieutenants, had “breached their duties” by intentionally frustrating the Independent Police Investigating Directorate (IPID) investigations into corrupt procurement deals within the Crime Intelligence environment. His co-accused, Deputy National Commissioner, Ntombenhle Vuma also took ‘indefinite leave’ but is due to return back to the office this week.

“The SAPS has not had a single National Commissioner that has not come under scrutiny for corruption or political interference in the last more than 20 years and General Sitole is just another who has involved himself in corrupt ANC matters,” Cameron adds.

Days before the suspension notice, Vuma sent out a circular declaring top SAPS posts as “vacant”. The circular stated that “all posts, excluding those of the National and Provincial Commissioners, in the approved organisational structure, are regarded as vacant,” and it applied to divisional commissioners, national component heads and deputy provincial commissioners.

“The SAPS needs to be properly appointed and equipped, starting from the top down. The ANC has proved time and time again that it is not capable of appointing proficient SAPS leadership. We urge government to establish an independent body to deal with these crucial appointments,” concludes Cameron. 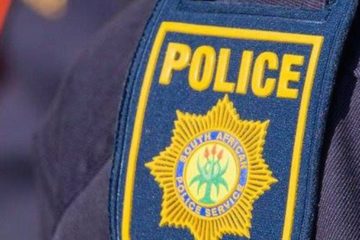 The ruling party, the African National Congress (ANC) has completely destroyed the reputation of the South African Police Service (SAPS).   “A suspension like this during increasing levels of social unrest is reckless to say Read more…

Become a Society Superhero and help us give a voice to the voiceless.

Become an action hero by joining Action Society and help us give a voice to the voiceless.