The civil rights organisation, Action Society, welcomes the implementation of Section 36D of the Criminal Law (Forensics Procedures Act).  The proclamation of this legislature will enforce the compulsory DNA sampling of offenders arrested on any schedule 8 offence, this sampling was not mandatory in the past.  Schedule 8 offenders include rapists and murderers. The proclamation of Section 36D was published in the Government Gazette on 13 January 2022 and will take effect from 31 January 2022.

“DNA remains the most effective crime fighting tool. The sampling of schedule 8 arrestees will make a huge impact in solving cold cases, identifying repeat offenders and assisting in successful prosecutions of rapists and murderers.  Action Society would like to thank our members and the public for their support in our plea to get Section 36D promulgated,” said Elanie van der Walt, Spokesperson for Action Society.

The organisation actively pursued the implementation of this act and sent a letter of demand to the Minister of Police and the President in August 2021, requesting their urgent attention to the matter, which has been lingering since 2015.

Taking a DNA sample of a suspected perpetrator even before a court date is set will massively increase the successful prosecution rate and assist law enforcement in clamping down on perpetrators.  These DNA samples will populate the National Forensics DNA Database (NFDD) which will enable law enforcement to link perpetrators to cold cases, identify repeat offenders and get more perpetrators prosecuted.

Last year, the Minister of Justice and Correctional Services, Ronald Lomola, confirmed  that 96 875 Schedule 8 (violent crime) offenders have been released on parole since 2016 without submitting a DNA sample.

Action Society, together with other NGO’s and political parties, also pressed for the implementation of the Criminal Law (Forensic Procedures) Amendment Bill (CO Bill), which has been on-hold since 2017.  The CO Bill will strengthen the implementation of Section 36D and will enforce compulsory DNA sampling of any person arrested, sentenced or serving a sentence on a schedule 8 offence.  Due to the continued pressure, Mr. A. Rapea, Secretariat of Police, has confirmed to Action Society in writing, that the Bill is prioritised by the Minister of Police to be promoted through Parliament early this year.

“Although DNA sampling of schedule 8 arrestees is now compulsory, it is important that this legislation be acted on immediately and not just seen as another piece of paper.  The South African Police Service (SAPS) will have to ensure that their stations are equipped with the necessary consumables to do the sampling and police members must urgently receive training in order for this legislation to have a positive impact in the fight against violent crime, especially gender-based violence and femicide (GBVF), in our country,” concludes van der Walt.

Action Society welcomes the removal of Jeffrey Donson as Kannaland’s mayor.  A motion of no confidence against Kannaland’s convicted child rapist mayor was tabled in a council meeting held in the Kannaland Municipality on Wednesday, Read more… 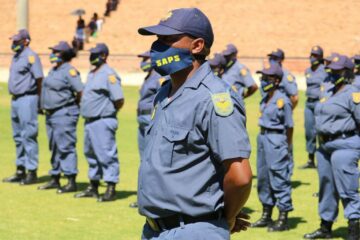 While many celebrate the start of 2022, two families in the Western Cape are in a traumatic state following the murders of their children  ̶  by their partners  ̶  over the past weekend. “Natasha Booise’s Read more…