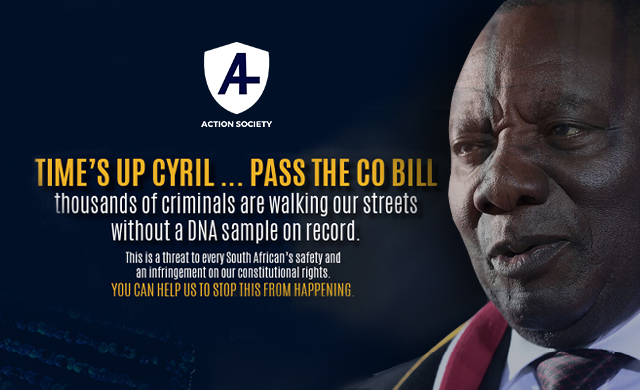 The Action Society Justice Fund was launched this month to assist in our High Court application aimed at forcing Cyril Ramaphosa to sign the Convicted Offenders Bill (CO Bill).

These legal proceedings are necessary due to Bheki Cele’s constant failure to bring the CO Bill to parliament. The CO Bill compels convicted Schedule 8 offenders to submit a DNA sample for the population of the National Forensic DNA Database of South Africa.

Schedule 8 offenders are the most violent criminals in our society and include murderers and rapists. Despite the fact that DNA is the most effective crime fighting tool, the CO Bill has not been approved by the president for 4 years and since 2016 nearly 100 000 convicted Schedule 8 offenders have been released on parole without submitting a DNA sample.

You can help us to rectify this miscarriage of justice by contributing to our Action Society Justice Fund.

Please support this cause by making a contribution to the Action Society Justice Fund using the following details. 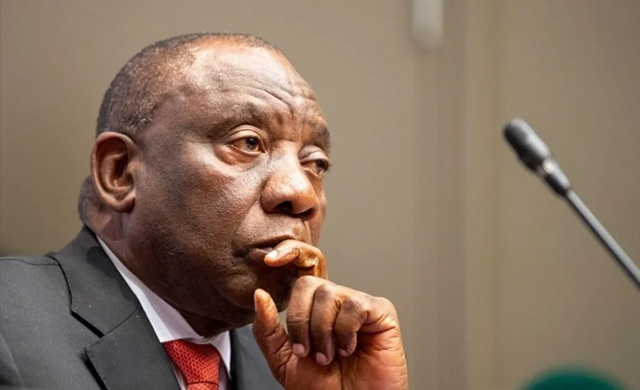 Action Society’s letter of demand to the Presidency

Become a Society Superhero and help us give a voice to the voiceless. Click here.