Have you ever looked around you and thought: “What is wrong with the world? Why are we plagued with so many social problems in the world and especially in South Africa that just seem to be getting increasingly worse and more complicated to address?”

We know that the HIV/Aids pandemic has had an enormous effect on family structures and is resulting in increased numbers of orphans and child-headed households.

But – there is also another issue. In South Africa, only about a third of children have daily contact with their biological fathers. This might be a hint of at least one other important contributing factor to explain the state of our society and all the social challenges we face in South Africa today.

In 2018, only 36% of children in South Africa lived with their biological fathers in the same household.

But the fact remains – healthy families have been the building blocks of healthy societies for centuries all over the world and therefore, it is of great importance that emphasis is placed on the crucial role of fathers in the lives of their children.  Fathers who are involved and who are living at home can make an enormous difference in the lives of their children. Not only do they provide a sense of security and stability but the way they are with their children has an enormous impact of the the way children will value and respect themselves later in their lives.

At Action Society we believe that families need fathers, because children need the care and love of both their parents.

The general picture of positive fatherhood in South Africa is quite grim. We have the lowest marriage rate on the African continent. Additionally, only Namibia has a higher father absent rate than South Africa on our continent.

Too add to these already tragic figures, we are all too acutely aware also of the alarmingly high rates of child abuse and neglect by men in South Africa.

The sad consequence of children with absent fathers is that it is one of several important factors that is closely related to weak educational outcomes, anti-social behavior and delinquency, and

disrupted employment later in the child’s life. Additionally, we see masses of young people and young fathers who never knew their biological fathers and who did not have the privilege of receiving guidance from their fathers in terms of the roles and responsibilities of fathers and men in society.

If we as a society are to address this shocking and worsening phenomenon, we must first attempt to ensure that we understand it.

Why are these rates of absence and non-involvement so incredibly high? How big of a factor is poverty and/or unemployment?  Do cultural norms play a role? In the meanwhile, we feel strongly about the fact that this issue does not receive enough attention and that the importance of involved, responsible and caregiving fathers are too often underscored and underappreciated.

We at Action Society are pained by the effects of this phenomenon and want to play our part in bringing this into the spotlight. We are planning to prioritize this issue and therefore we will delve deeper into the possible causes behind this phenomenon of fatherless or fractured families. Additionally, we want to explore possible causes of absent and/or uninvolved fathers as well as more closely investigate what the scope of impact of this phenomenon is on our society. Only then will we hopefully be in a position to find possible solutions and remedies, together.

Why? Because we at Action Society care about the vulnerable children in our society and we sincerely believe that children need both their parents.

Additionally, we want to eventually help generate ideas and interventions to find ways in which families can be supported in order to flourish.

We firmly believe that merely fathering a child does not turn a man into a father, rather being a father is what a man becomes when he takes responsibility for his family.  Therefore, we want so see fathers being healed to take up their responsibility as fathers and men, to bring healing to fractured families, to eventually bring healing to our very broken South African society. 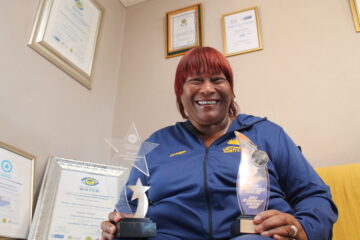 With a black walkie talkie in her hand, the fearless and confident Glenda Arendse walks the streets on a cold, dark winter’s morning. Just after 5.30 am, the Lentegeur Neighbourhood Watch chairperson and her team, Read more… 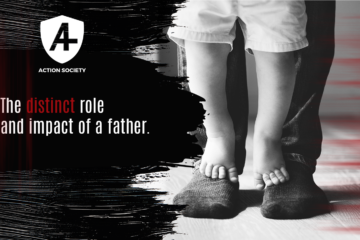 The distinct role and impact of a father

Written by dr. Rineé Pretorius “Never before has one generation of teenagers been less healthy, less cared for  or less prepared for life.” The above quote, although it used to conclude a report on American Read more… 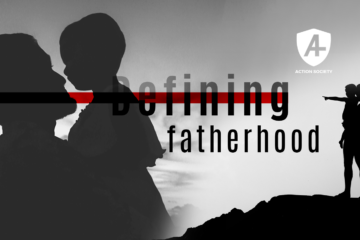 Written by Dr. Rineé Pretorius Stephen Baskerville said: “Virtually every major social pathology has been linked to fatherlessness”. Father. Fatherhood. What are the first thoughts and feelings that come to mind when we hear ‘father’, Read more…