“Had the South African criminal justice system been properly working, a 14-year-old girl would not have committed suicide three years after being gang-raped,” said Ian Cameron, director of community safety at Action Society.

Two of the three men accused of raping a teenage girl from Bloemfontein in December 2017 were finally sentenced to life in the Bloemfontein sexual offences court this week. She committed suicide in 2020, shortly after giving her testimony.

“While we applaud the sentence and the state prosecutor’s perseverance in getting a conviction, we are saddened that it took five years for the outcome,” says Cameron. “How on earth were the accused released on bail for such a horrific crime? This girl probably had to see her assailants in her community every day, which would only have added to her trauma.

“We are also enraged that the third accused is still roaming free to commit the same crimes, probably without DNA captured in the system.”

The South African Police Force failed to complete the process of taking buccal samples of all convicted Schedule 8 offenders between January 2015 and January 2017. Since then, the process has started afresh, and countless rapists and other criminals commit the same crimes repeatedly without it weighing in on their sentences.

Nothing has changed, and the contentious Criminal Law (Forensic Procedures) Amendment Act which must rectify the situation, is still slowly making its way through the parliamentary process. The CO or DNA Bill, as it is referred to, now lies with the National Council of Provinces, and the process will only continue after the July recess.

“The latest crime statistics show that around 120 women are raped daily in South Africa. However, only one in nine cases are reported, and it takes five years to get a conviction. It is impossible to get justice at this rate,” concludes Cameron.

The South African Police Service is becoming a trojan horse for criminals looking to neutralise any form of trust that citizens might have left in the country’s criminal justice system,” said Ian Cameron, director of Read more…

Action Society has been mandated to assist with yet another gender-based violence (GBV) murder – this time in Khayelitsha. A loving mother of two, a sister and activist Nosiphiwe James will be missed by her Read more… 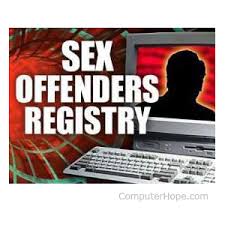